ational is an organization of service clubs known as Rotary Clubs located all over the world. It is a secular organization open to all persons regardless of race, color, creed or political preference. There are more than 32,000 clubs and over 1.2 million members world-wide. The members of Rotary Clubs are known as Rotarians. The stated purpose of the organization is to bring together business and professional leaders to provide humanitarian service, encourage high ethical standards in all vocations, and help build goodwill and peace in the world. Members usually meet weekly for breakfast, lunch or dinner, which is a social event as well as an opportunity to organize work on their service goals. 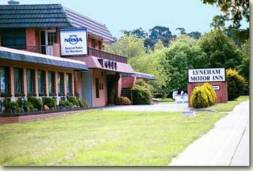 The Rotary Club of Canberra North began its “Adventure in Service” in 1968-69, under the Charter President Maurice Day and with the wise guidance of DG’s Special representative, Past President Gil Hughson of the Rotary Club of Canberra. Maurice led the Club through its provisional period to its Charter Night on the 29th March 1969. Maurice completed a full year as President, 1969-70 before moving to other key activities in the Club. The first regular meeting of the provisional Club was held at the Lyneham Motor Inn on the 16th January 1969 with a dinner fee of $1.80.

Four members have moved onto higher authority becoming Governors of District 9710. These have been Wal Sharpe 1984-85, Ron Thornton 1990-91 and Bill Poole 1992-93. The current District Governor – Rowley Tompsett 2014-15 is the latest member to become a District Governor.

The Rotary Club of Canberra North is located in the Capital of Australia – Canberra. Situated on the inner northern suburbs with meetings at the Yowani Country Club, Lyneham.